Just one of the girls

I have recently come to the realization that over the last year or so, all of 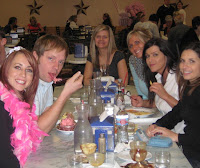 my close friends are girls. This may come as a surprise to some, and may not to others. I have always been very much a man's man. My whole life I have garnered strong hetero relationships, the type that are so close that people have oft times questioned my sexual preference. On the other hand I have always had several female friends. I am not talking girlfriends, bu 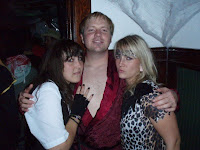 t actual close friends who happen to have girly parts. I know what you're thinking, you're looking at these pictures and saying to yourselves, "what's the problem John, all these girls are beautiful!" It would seem silly for one so-very-ordinary man, with so many attractive members of the opposite sex hanging around to pine over his lot in life. I will concede that were I not the one actually living the aforementioned lifestyle I would think the same thing. 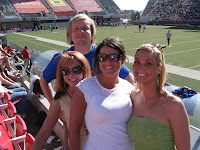 However, I have been hanging around with mostly girls only for the past year... and I must be honest it leaves me wanting for some male companionship. Some further explanation is required, because I do still have many close male friends. Cameron, Mike, Adam, Nate, Alan, Logan, Kye, Lynn, Jeremy, Dan, Cody, and the list goes on... they are all married. Unfortunately, every male friend I have is married. I can and do hang out with them frequently, but the social hole I am 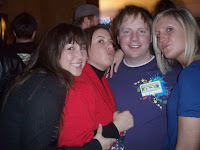 discovering has more to do specifically with "single" male camaraderie. When I hang out with all the girls, I have fun. Lots of fun. I love them, all of them Mandy, Jaime, Faith, Anmaree, Nicole, Kelly, Kristy, Kate, Laura, Jenn, Christie, and the list goes on. Still I sometimes feel like the little brother who just tags along because he doesn't have any of his own friends. 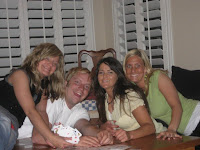 Also you think when I am hanging around a veritable harem of attractive women that I do well in meeting new girls? It's quite difficult. When hangin with my married guy friends, I can't really say, "Hey lets go out and meet some ladies!" often times I have trouble seeing them without their wife present. Which again is not a bad thing, I love all my friends' wives. 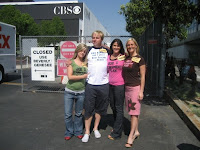 I think there is a place for all of these friend groups. I am simply missing out on the single guy friends group. My boys... I don't have any. And so the obvious answer is to go out and make some guy friends. Easier said than done folks. We men are not the smartest of the sexes. We don't go out looking to make bonded manly relationships. This touches a little too closely to most of our homophobic nerves. As 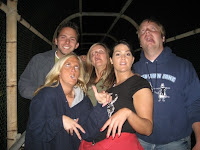 a single male all that goes through our head is "get chicks, get chicks, get chicks." What we don't realize is that we are pack hunters. When one is the lone wolf it's a lot harder to bring down a sexy fawn. (are you digging on my analogy here, cause I am) Alas, this is one of those situations where I know the problem and its remedy, I'm just not sure how to administer the cure. Most single guys already have a tight brotherhood they belong to. 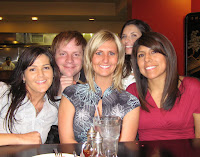 Why would they add to it if they didn't have to, and outsider is competition not support? I wouldn't, I need to build a relationship of trust with a dude before I trust him to have my back in the hard knocks world of dating. As I look back at my life most of the strong friendships I've seen between men bloom while they live together as roommates. My brother Josh, moved into my house, I also have another room in the house I am renting out, so hopefully that'll be a 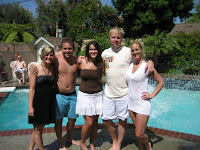 start. The main conclusion I have come to with all this analyzing is that being married is much easier than being single. Because once you've "got chick" then you can just be friends with whomever, and hang out to hang out. We the single have too many underlying and ulterior motives to consider. Which, when put that way sounds like its the wrong way to do things... but marriage is the ultimate goal... isn't it?

Dude, I'm pretty sure everytime I see you you're by yourself. If that's not true you could just marry one of the girls you hang wit - theres a brain buster!

The best part is, John, those hotties will probably ALL be your wives in the next life. Plus, they already all get along. Go Mormonism!

I like chip's line of thinking. And now I can safely say that I'm your friend now that you've added me on facebook.
You have so many girl friends because you are funny, smart, good looking and really it's your honesty that brings in these girls. You're manly enough but not threatening. And I believe it way harder for girls to make friends, first of all when we meet each other for the first time we are smiling but thinking in our head "What's with her teeth?" And girls are passive aggressive to find a mate and will slaughter anything in their way. AND girls hold grudges and spread rumors and lies. So be happy you're a boy with hot girls friends. We'll find you a buddie and or pal. Don't buy any tampons yet.

I wish my life was as hard as yours so I could whine about trash you write about.

Keep it coming, I am entertained.

I'll bet you 5 Celestial Wives that you marry another hottie in the next 6 months... and it's someone in one of these photo's. (By the way, YOU can choose the Celestial Wives you give me.)

I have an easy solution to this problem, just count which girl is in the most pictures with you and that's the one for you. See how easy that was, and I guess if you did get more guy friends it would probably benefit all of your single girlfriends it's a win win situation, just pick the girl you want and introduce the others to some single guys. PS you kinda look like a homosexual in the second to last picture.

We love you too!

As for new blokes, I only know dorky guys and one I don't want you to corrupt. I have a lot more girly friends if you ever feel like adding to the harem though.

PS--Let's go to lunch next week!

I'm totally going to set you up with my brother and my friend Shawn.