A gas tank in the life of John Maxim: Day four 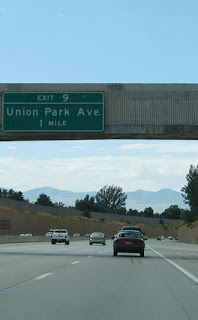 Once again my mind had wandered again, and I ended up traveling the wrong direction. I was thinking about the blog post I would be making, and realizing that this might be 4 very long kind of boring posts in a row… I then started to hope that I would run out of gas today so that it wouldn’t have to be a five day post. I started to conclude my thoughts with a resolve that I didn’t care if it was too long and boring for people, but that’s when I realized I was going the wrong direction, and got off at Union Park Exit to turn around and head back to West Jordan where my office was at.

at 9:06am
after traveling 8.7 miles
I arrived at my office in West Jordan
Nothing paramount happened at work today, but my partner and I started a new venture. A business that gets small business owners unsecured business lines of credit up to $500,000. We decided to call the company “on the green consulting” our slogan is something to the effect of “solutions for the true business person.” Get it? Golf and business.

Sometimes we’re so clever it amazes even me. Anyway, I spent a small portion of the day designing our new logo. I left work around 3:16pm

after traveling 5.7 miles
I arrived at Lifetime Gym in Draper
I worked on my abs, biceps, and chest. I saw a new Mariah Carey video there… she is looking beat these days. When I say beat I mean someone beat her with the ugly stick. I left at 4:36pm

at 4:47pm
after traveling 5.0 miles
I arrived back at my office
I buttoned up a couple of tasks and then left at 5:28pm

at 5:50pm
after traveling 16.6 miles
I arrived home
Our wards family home evening tonight was croquet, which we played 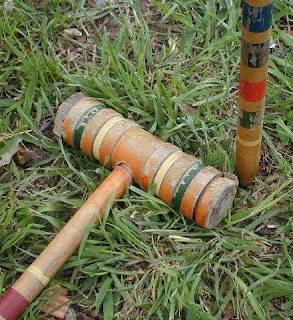 across the street from my house. 6 games going on at once. It was my idea, and being one who loves to take credit for his ideas, good and bad, I’d have to say this one was one of my best. Not just because I won – repeatedly, but because everyone there had a good time. It was decided a large group of us would go to Café Rio after. A bunch of peeps from my ward climbed into my car, and we left at 8:24pm

at 8:30pm
after traveling 3.3 miles
we arrived at The Café Rio downtown
I had the chicken salad. Somebody paid this guy Kimball $5 to drink an entire cup of their hottest salsa. The most enjoyable part was Kimball’s anticipation of discomfort coupled with his fearless resolve to show us all that he could. I’ll be honest, I was a little let down with his reaction when he finally did eat the salsa, but good build-ups have a tendency to do that. We left at 9:47pm

at 9:54pm
after traveling 3.2 miles
we arrived home
My roommates and I sat around discussing monumental earth changing ideas for a bit, then it was suggested we go to Wal-mart. We all jumped in my car and left at 10:26pm

at 10:42pm
after traveling 3.6 miles
we arrived at the Wal-mart downtown
I had to make Salsa, so I picked up all the ingredients, and then walked around and somehow managed to spend nearly $100. Wal-mart always gets me that way. We left at 11:40pm

at 11:51pm
after traveling 3.6 miles
We arrived back home
We watched the last 4 episodes of "Friday Night Lights: Season 2" Complained profusley at the terrible non-ending ending and then I went to bed.

Another exciting day for John! My exciting day consisted of cleaning up vomit, since my 2 yr old had a stomach bug. We always get stuck at Wal-mart too! Where is the downtown Wal-mart? That's not the one at 13th is it?

Still not out of gas yet? Wow...impressive :)

john i started riding a bike, and stopped driving the car. lost the long hair and shaved it off I decided to simplify life a little, love cody

I'm curious to know what "monumental and Earth changing idea's" you and your roomates discuss? Does this - I mean do you think this happens on a regular basis?