A gas tank in the life of John Maxim: Day five

at 7:04am
after traveling 21.1 miles
I arrived at the gym
I worked shoulders, tri’s, and back today. None of the usually really hot girls were around, I think it’s too early… probably because they are all Moms who are getting their kids ready for school or something. Either way, there was a definite lack of eye candy. I left at 8:11am.

at 8:24am
after traveling 5.7 miles
I arrived at my office
For the first time since we moved into this office I got a 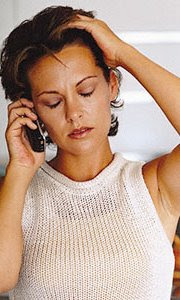 spot in the front. Parking here has always been a nightmare, I guess this gives a little credence to the saying “the early bird gets the worm.” As I walked to the door there was a woman I had never seen before on her cell phone who was pacing the sidewalk. As I walked by her I heard her say, “…think a little bit about how you’d run a drug empire if you ever got the chance…” I have no idea in what conversation that could fit, her tone was very serious, and there was nothing jovial about her demeanor, but it gave me plenty of daydreaming to do while at work. I left the office at 12:31pm.

at 12:38pm
after traveling 5.6 miles
The chick voice my car said “Please refuel”
I was on I-215 headed to my sisters to get a haircut. I looked at the indicator on my dash and it said that I had 56 miles left to go. I wished for a minute that the chick voice in my car could be customized. Like how cool would it be if my car had Jessica Alba’s voice and I could insert my name? She could say something like “You’re almost out of gas John, let’s pull over!” Think of it, I don’t see a downside, except for maybe an inappropriate relationship with my car. I should market this idea and sell it to the masses – too bad I’m lazy. Now I have posted this great idea on the worldwide web for someone to steal.

at 12:44pm
after traveling 11.1 miles
I arrived at my sister’s salon in Sandy
The greatest thing about getting my haircut by my sister is that she is very well connected… or rather that she cuts so many peoples hair that I know, that while sitting in her chair I get to hear about the paramount and meager happenings of all of my friends and family’s lives. The bad thing about my haircut is that it always looks so good after she does it, I can never recreate it. I left at 1:17pm

at 1:46pm
after traveling 37.7 miles
I arrived at Equity Solutions in Bountiful
Did some boring work stuff while here, signatures and follow up. My cousin-in-law Troy let me listen to some funny Dane Cook skits and we listened to some butt rock singer that I hadn’t ever heard of and can’t for the life of me remember his name. I left at 3:42pm

at 4:04pm
after traveling 14.9 miles
I arrived home
Mid-way through this trip my mile indicator hit zero. I was waiting for it to run out of gas, but it never did. I spent a little time cleaning my house and fixing my air-conditioner. Tonight is the Pennywise concert. My friend Mindi showed up, and we headed to the concert. We left at 7:44pm

at 8:13pm
after traveling 16.5 miles
we arrived at The Great Saltair in… nowhere
The concert was outstanding, even though about 10 people who said they were coming totally flaked. Oh well it was their loss. Mindi and I didn’t hang during the concert she spent the evening up 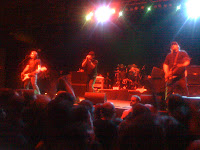 on the balcony watching while I got drenched in the sweaty madness that we call a mosh pit. It was the best mosh pit I have been in since… well since Pennywise’s concert during the 2002 winter Olympics. They really know what they’re doing because I never party 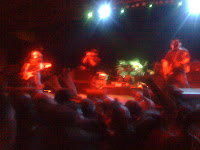 so hard any other time. Mindi’s face when she saw me soaked from head to toe with sweat was priceless. I think if it would have dawned on her that only 12% of it was my sweat she may have found another way home. We left the concert at 11:12pm

at 11:30pm
after traveling 16.4 miles
we arrived back at my house
I had kind of forgotten but realized halfway through this trip that my car had hit zero almost 20 miles ago. Unsuspecting Mindi had no idea that at any moment my car could run out of gas. I began to get very nervous, well a nervous excited hybrid. I was excited for this gas tank to be over, it has been very taxing keeping all these notes everywhere I go so that I could keep this little log. We made it back to my house without ill effect though, and I started to wonder if maybe I got one of those amazing cars that never runs out of gas. Mindi went home, and I went inside. My roommates were all gone, and I decided I wanted some pie, Banana Cream to be exact. I sent out a mass text seeing if anyone was game for some midnight pie. My friend Kelly responded that she would happily meet me at the Village Inn. I left my house at 12:03am

I started the trip continuing to marvel at the distance I had traveled. The quote from Top Gun kept running through my head “We’re running on vapor Mav!” I was driving down 400 South, and at a red light I pulled up to a Mustang. I like being next to mustangs because they will usually race me off the line. I turned of my AC and put my transmission in to “sport” anticipating that I would zoom off and they would pull off slowly like it usual. Then as the crosswalk hit 5 on its countdown, I heard the guy rev his engine. He was gonna race me! I got ready – GREEN – I floored it, and nothing happened, then a small burst and then nothing, and then some sputtering. My car was moving very slowly... the mustang sped off. Then my car started hauling as though nothing was wrong. I realized at this point that I was going to be completely out of gas at any moment. The car continued to sputter along, losing power, and stalling here and there. Amazingly I made it all the way to the Village Inn without the car ever dieing completely. 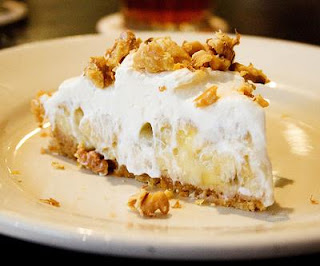 after traveling 2.2 miles
I arrived at the Village Inn downtown
I had half a slice of banana cream and half a slice of strawberry rhubarb. Kelly and I talked into the night. I left at 1:59am

The car started, incredibly, and pulled out of the parking lot without any signs of stopping. I headed back down 400 South. It was as if someone had filled my car back up with gas because there was no sputtering or stalling. Then as I was passing in front of the library without warning it just died completely. I pulled over and tried to start it, but nothing.

at 2:05am
after traveling 1.5 miles
I ran out of gas
I got out of my car walked around to the trunk and grabbed the gas tank I had placed in there 5 days before. I emptied its contents into my car and drove home. Ready to start the cycle all over again, only now gas was 11 cents more expensive.

What kind of car do you have.

I know you're my best friend and everything, but the image of you covered from head to toe in the sweat of strangers makes me want to throw up.

Promise me we'll never hang out until you've taken at least 3 post-concert showers.

Okay, I am kind of glad this string of posts is over. I felt like I was watching "lost" I just had to wait to long between episodes and started to lose interest.

The celebrity voice idea is genius. You shouldn't just give that away. I thought you wanted to be a millionaire?

My mile indicator hit zero once and I was so nervous and only traveled about 5 miles before I gassed up. I guess I could have gone a lot longer. But my car is probably not as cool as yours so it might have only made it 10.

I can't believe that gas has gone up 50 cent since you did this. Oh, and Please stop telling us about the sweaty concert experiances, we all get it, you love other peoples sweat.

John, I never pegged you for an Audi-phile... BTW - We were rocking out to Yngwie J Malmsteen.

The twist in this story is better than in a M. Night Shamalamalmalmala movie (his most recent blows BTW) the whole time, you had a gas tank in your trunk??? I never saw that coming - but this douche bag who was reading over my shoulder say's he knew about it after day two. I think he's full of it.

11 cents in five days. Craziness. And it's probably a lot more than that now, more than a month later...

I will never ever complain again about the drive from Draper to Primary Children's after reading your blog and how much you drive. My friends and family thank you....

Did you take that last photo of yourself while sitting in my office the other day? Yeah...you were apologizing for smelling like sweat after moving furniture and I told you that you actually had a "clean shirt" smell? Weird.

Oh yeah, you looked cute that day. That is a good hat on you.

First off, I couldn't stop laughing at the part with the lady talking on her cell phone about a drug empire.

Second, I too have a genius idea that I beleive could make me a millionaire, but I'm also too lazy to do something about it.

Third, it sickens me that you get that many miles per tank...you get more than double what I get! I hate my gas tank

Thanks for writing this.