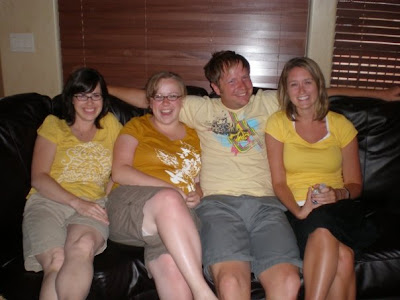 GIRL WITH GLASSES
Hey, look we are all wearing shorts lets take a picture together!
OTHER GIRL WITH GLASSES
I agree, wow what a coincidence.
GIRL WITHOUT GLASSES
If only I would have worn glasses...
NON-GIRL
Okay fine, but only if I get to sit between two girls. 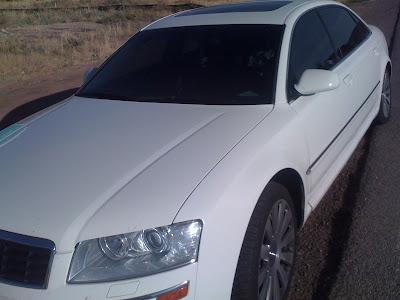 After shelling out $300 dollars in tickets due wholly to the 36.1% (dark) tint on his front windshield and windows John was finally able to get his car registered yesterday. The excitement on his face in this photo says everything. 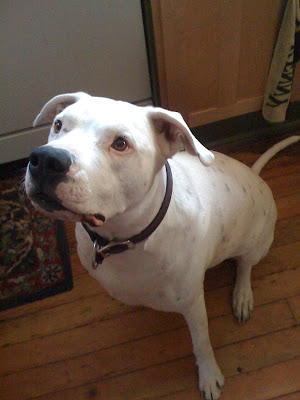 JOHN
Sit Vodka, sit! Good Dog.
VODKA
I'll do anything, anything you want. Just give me that marshmallow. 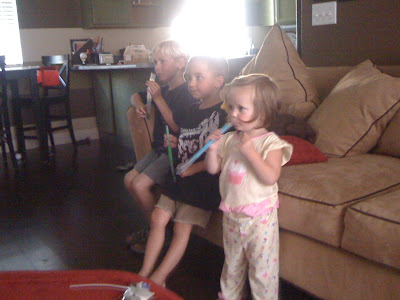 Ba by-sit: transitive verb -to pacify multiple children with the cartoon network, while feeding all of them as many Otter Pops as they can eat. 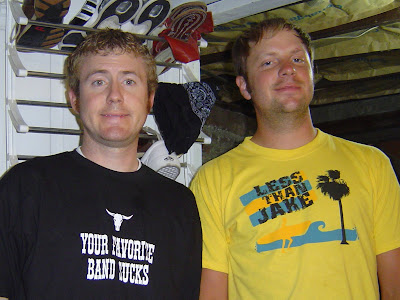 CAMERON
How about Johnny Depp?
JOHN
Johnny Depp was in "Whats eating Gilbert Grape" with Leonardo Dicapprio who was in "Titanic" with Kate Winslet who was in "Sense and Sensibility" with Hugh Grant who was in "Bridget Jones Diary" with Renee Zellweger who was in "Jerry MacGuire" with Tom Cruise who was in "A Few Good Men" with Kevin Bacon.
CAMERON
Five movies? Cutting it pretty close.
JOHN
Can you think of a better way?
at Thursday, August 28, 2008

Actually, Johnny Depp was in Charlie and the Chocolate Factory with Helena Bonham Carter, who was in Fight Club with Brad Pitt who was in Sleepers with Kevin Bacon.

You guys are all wearing a shade of yellow too. Well done on the Bacon connection.

I miss having a car.


Well done on the Bacon connection- both of you.

Someone already beat me to the yellow part. Sigh.

Careful John: Once women figure out that we know babysitting is pretty easy, they may expect us to do it more often.

And if you were wondering: the old 'bribe the dog with marshmallows' trick works with cats too. We can get our cat Frank to sit while waiting for a marshmallow.

If I remember correctly, Leah wanted a photo because we were all wearing yellow. I don't think shorts had anything to do with that. But, "I agree, wow what a coincidence!"

The caption underneath the picture of your car made me laugh out loud.

Johnny Depp was in Ed Wood with Sarah Jessica Parker who was in Footloose with Kevin Bacon.

they left their kids with you!?! They had to know their kids were all going throw up when they got home- I bet they had the time of their lives