I have been getting a lot of you who have been asking me why I am not posting to my blog... So I decided today I would update it. I had planned a clever little entry about what one does

when they have missed blogging. I even went to the lengths to look up a bunch of my peers blogs and see what they did after missing a big chunk of time blogging... then I wrote a paragraph or two and I got done and thought. This totally sucks. There is not one bit of redeeming value in this blog post. It's not funny, informative, or interesting. I deleted it and stared at the wall for a while thinking to myself "what could I write..."
After a while I decided I didn't have anything that fit the previously mentioned adjectives. So I figured I'd just write and see what happens. So far the post still sucks and I am thinking that maybe today wasn't the best time to post...
So whats been going on in my life? What could possibly have been monopolizing my time so that blogging was being neglected?
The Bad: A girl I had a crush on is all but engaged to someone else. 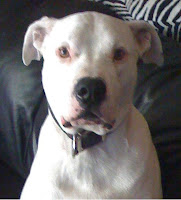 I haven't made any money for nearly six months. I ran my car into an inanimate object. Some of my oldest closest friends have told me they no longer trust me. My dog is going blind. I can't seem to meet a girl who interests me. My roof needs to be replaced. and I have been working nearly 80 hours a week - still not making any money.
The Good: I went to Lake Powell and stayed on a houseboat last month for the first time ever. My friend Cameron and I got a movie review show on Comcast channel 6! I am in the best shape of my life. My soccer team has a winning record. I've been living off of fresh grown vegetables out of my own garden. I broke the 200 friends mark on Facebook which are all actual friends - not just acquaintances. My parents love me and let me know it. I like all my roommates.
T 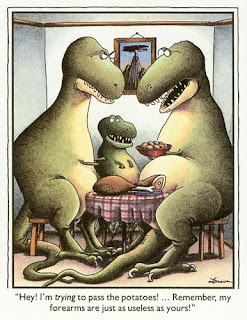 he Middle: I found out that even though my brother is taller than me by two whole inches, that my arms are longer than his, so either I'm an ape or he's like T-Rex. I finished all three seasons of Battlestar Galactica.
So for some reason all of that junk has made it difficult for me to make blog posts... I will try to do better in the future. I left the links to others blog posts after they had missed a while that were in my original blog post below and the words that I was using to describe them for your bemusement.
Apologize
Nothing Exciting
Ignore
Beg
Self-depreciating
at Monday, October 13, 2008

John - I really know what you mean about not feeling like blogging sometimes. I won't hold it against you.

The last couple times I saw you I remember thinking you were in an exceptionally good mood, so I'm glad you can see the glass half full rather than half empty; the partly sunny instead of partly cloudy.

I've really missed being able to make fun of your spelling, grammatical errors, and word misuse. It's great to have you back.

Are you sure you meant to say "bemusement"? Do you know what that word means?

I like the image of Josh as a T-Rex and you as an ape, so I vote for both.

Welcome back John, your witty commentary was missed!

You forgot to add this to the bad: The Philadelphia Eagles blew a 14-0 lead at home to lose to the Washington Redskins. A team that couldn't even beat the St Louis Rams.

Seriously, though... Don't lose heart, my friend. You took a shot and short of the entire market crashing you would have done fantastic. You have what it takes to get ahead in this world. Don't forget that and don't give up!

The sadest thing is the friends that don't trust you... hopefully their reasons aren't founded in any fact. I can't believe they are.

You have an unbelievable talent of keeping your head up no matter what happens. Glad you are back.

Yep, it's confirmed you have the worst luck ever! Seriously ever... like I don't know who would disagree with me on this, the very worst luck I have ever ever heard of. I bet you'd be a total douche if you weren't so unlucky.

You're not though, you're bad-ass!

Welcome back! I'm not the most consistent blogger, but it sure is nice to see those who are back in the blogging world!

Thats nice that your parents let you know how much they love you. my parents are like that too. I like it.

If it makes you feel any better, I've lost lots of $$ too with the stock market crashing.

Hey, how do I watch your movie review show? Is it On Demand?

I know you're still alive. I sat next to you in Sunday School and enjoyed the comment about rainbows, and recall how you looked down at my ankles as soon as I sat down. Entirely memorable. Love ya, dude.

I LOVE the Farside. This cartoon reminds me of this clip from Meet the Robinsons. I laugh so hard every time I watch it.

I like the helpful info you supply in your articles.
I will bookmark your blog and test once more right here frequently.

I am moderately sure I will be informed many new stuff right right here!
Good luck for the following!

Take a look at my web blog; Wholesale Jerseys

Good answer back in return of this issue with genuine arguments and describing the whole thing regarding
that.

Greetings! Very useful advice within this post!
It's the little changes that make the greatest changes. Thanks a lot for sharing!

Here is my homepage: Michael Kors

Hi there, I read your new stuff daily. Your writing style
is awesome, keep up the good work!

When I originally commented I clicked the "Notify me when new comments are added" checkbox and
now each time a comment is added I get three emails with the same
comment. Is there any way you can remove people from that
service? Thanks a lot!

Have a look at my webpage ... www.explorethecapabilities.com

I truly love your website.. Great colors & theme. Did you
build this web site yourself? Please reply back as I'm looking to create my own personal blog and want to learn where you got this from or what the theme is named. Many thanks!

Hmm it seems like your blog ate my first comment (it was super long) so I guess
I'll just sum it up what I wrote and say, I'm thoroughly enjoying your blog.
I too am an aspiring blog writer but I'm still new to the whole thing. Do you have any tips for first-time blog writers? I'd really
appreciate it.

Then I decided I would see what the BeBiz Interactive student loans people Marketing Software can for your
website. Other clients may need some briefings on project management and
business banking in Australia. In Libya, student loans people blackouts were common in areas that have need
of huge bandwidth.

I do not even know how I stopped up right here, however I believed this submit used to be good.
I do not understand who you are but definitely you're going to a well-known blogger in the event you are not already. Cheers!

Thanks for a marvelous posting! I actually enjoyed reading
it, you can be a great author. I will always bookmark your blog and may come back later in life.
I want to encourage continue your great writing, have a nice morning!

It's a shame you don't have a donate button!

I'd definitely donate to this brilliant blog! I guess for now i'll settle for book-marking and adding your RSS
feed to my Google account. I look forward to brand new updates and will share this blog with my Facebook
group. Talk soon!