So I go to dinner with my friend Scott. He is a male cheerleader, weird I know. Anyway, I am always telling him that he should get his cheer girls to come hang out with us, which I know is a stretch because they are between the ages of 18-22 and why would they want to hang with a geezer right? 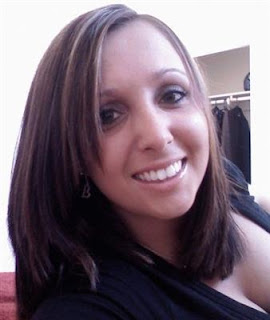 Anyway Scott finally delivers and we go get something to eat with these girls. I try not to be "ageist" but the experience I had needs to be shared. Meet Ann, she is a cheerleader at Salt Lake Community College, she is almost 21 years old. She seemed to think I was pretty funny, and I thought, I might have a chance with this chick, sure, when she was getting baptised I was graduating High School, but really whats the difference between 20 and 30? Ann had a friend who was cuter and seemed a little more mature for her age, so I wasn't really eager to go after her initially, she was just paying me more attention. I found out it wasn't cause she was into me. 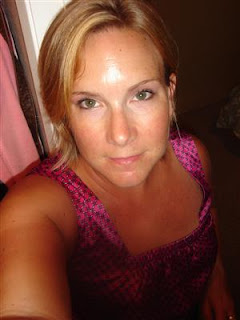 Ann begins telling me about her Mom, her name is Nicole. Nicole is 39, she had Ann when she was 19, she has since been divorced and is always on the lookout for eligible bachelors. I mention of course to Ann that I am the most eligible bachelor I know. Ann tells me she wants to set me up with her Mom! I could have been offended, but Ann is 20, that's really young, and she has a boyfriend, and we know what relationships are like when you're 20. When I was 21 I dated a 27 year old, and that was awesome, and I have never been out with someone older than 33, so 39 would be new, however I doubt any different. I thought about it and was amazed at the similar rationale... sure, when I was getting baptised she was graduating high school, but really whats the difference between 30 and 40?
30 dating 20 - not weird. 39 dating 30 - not weird. The fact that 39 and 20 are Mom and Daughter... well that would only be weird if I dated both of them, right? ...and that would have nothing to do with age.
John Maxim
at Friday, November 14, 2008

This post just made my weekend!!
I think it's great that a girl thought you were cool enough to hook you up with her mom. At the same time I'm sad that she thought of you more as a step dad then a hot piece of man meat for one of her friends. If you want to frolic with the young'ins it could be time for Extreme John Makeover.

I think you should totally go out with her mom! That rocks, I have a 21 year old step son and its not too weird!

This actually reminds me of when I went to get coffee from Beans and Brews and the guy behind the counter said "I know you! You used to babysit me!" Ouch. And then he proceeded to ask me out.

I was totally with you until your second to last sentence. Then you lost me.

that's what I like about you kid. you don't discriminate. get u some!

on a side note- I sat on the bus next to Kevin Bacon today and didn't even know it until I got off the bus with him! I didn't bother to ask to play his game with me because I'm sure he wouldn't be any good!!!

I believe it was the immortal Sh*&break that said "Women are like a fine wine... they just get better with age."

So who knows? Try it out... maybe she's independently wealthy and can support your many manly activities?