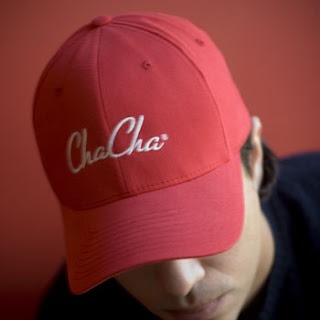 about 3 months in 2008 I worked for CHACHA. What is CHACHA? It is a text service where you can text 262262 any question and they will answer it. Back then it was completely free and used to be really cool, but now it kind of sucks because they charge after a number of texts and stuff. Anyway, I found out that on the other end of my text message was a person, sitting at their computer who would simply google the question I had asked and then would respond based on what they found on google. They got paid 20 cents for every question they answered. Awesome right?

I applied and passed a rigorous series of tests that they had (well I sorta cheated on the typing portion of the test, cause I can't type, but it was done online, so I just had my brother do that portion for me) once I passed I became a CHACHA guide and would sit and answer questions that people would text in like: Do dolphins sleep? How long is the National Anthem? or What is a penis?

I found it to be a fascinating and fun pastime, and felt I was actually pretty good at it. I could spend an entire entry writing about some of the questions and how I answered them, but I will probably just tell you this one (since there is a point to this post) and that'll be it.

I got this question:
When drinking, what does the term breaking the seal mean?

As a guide one must infer what an asker "means" by a question, 'drinking' could mean a lot of things, but I figured that they were talking about alcohol. Being Mormon, I have had less then the average human experience with drinking alcohol, drunken nights, beer pong, beer before liquor rhymes, hangovers, and other cultural nuances of inebriated life. I could only make an assumption and that wasn't the CHACHA way. 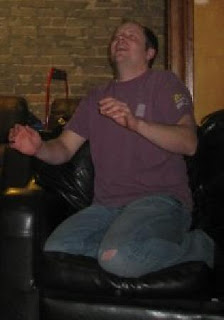 I was frustrated that I couldn't find an adequate explanation. CHACHA keeps track of how long it takes you too, and expects a response within 3 minutes. So I did the only thing I could, I phoned a friend. One who had profound expertise in the aforementioned lifestyle. I called him, I told him the question and said something like, "Does it mean that you open the beer, or pop the cork, or twist the cap or something?" He laughed, mocking like, and said, "No, when you are drinking if you go pee, you have broken the seal. He said that you hold it for as long as you can, because if you go pee once, you will have to pee every 5 minutes for the rest of the night" he further explained that "maintaining the seal is easy, but once it's been broken it is almost impossible to hold." I googled the words 'breaking the seal pee' and sure enough a bunch of pages came up which gave me an opportunity to respond to the question properly.

So, I'm breaking the seal on my blog. Get ready for my brain to urinate more stuff through the keyboard on to this blog!

I'm looking forward to sponging up your verbal urine.

First, welcome back, you've been missed. Second, I agree, ChaCha totally sucks now. It took them 30 minutes to answer my question about the closest gas station to where I was. My next question also took 30 minutes to receive a reply. Not to mention all the questions they just never answered even though they were working on it. Boo ChaCha!

Wait a minute...you were worldly once!?!? I'm in total shock right now. Next thing you know I'll hear that you've been married or something crazy like that!

And I'll believe that last statement when I see it.

nice to see your random spelling and grammar mistakes again. Welcome back.

I beat you're great for CHA CHA...you alwasy have something interesting and funny to say. I've had some bad experiences witht hem lately and I haven't used them for a while.