A gas tank in the life of John Maxim: Day three

at 10:50am
after traveling 4.8 miles
We arrive at the U of U Institute building. 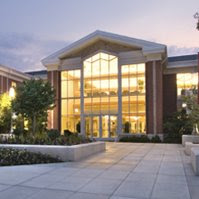 Our Ward meets here and the meeting is supposed to start at 10:50... the problem is, I am the "Sacrament coordinator" which in layman's terms means that I bring the bread every week. I was late, so I ran in to find the opening hymn in full swing, and I set up the bread really fast. Being a typically late person, they usually wait for me to start the meeting, but I guess they changed their mind on that. Church was boring as per usual. The Utah Jazz play the Lakers today, and my roommates want to go home early to watch the game. I wasn't going to complain cause I had to run an errand, so we skipped priesthood and headed home. We left at 1:22pm. 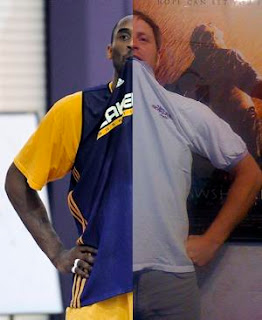 Anyway, since I wasn't to into the game I had to go get a clients sensitive financial information this weekend which he conveniently left under his floor mat for me before he went out of town. I left my house at 1:44pm

at 2:15pm
after traveling 23.5 miles
I got a little lost but I arrived at my friends house in Layton
As promised the paper work was under the floor mat. I headed home.

at 2:41pm
after traveling 21.8 miles
I arrived home
I finished watching the Jazz game with my roomies. Since it was in L.A. Kobe was only half as arrogant as usual, so I got bored and took little naps intermittently throughout the game. We had been invited to a BBQ by our new friends Melanie and Alex, so we loaded up and left at 4:21pm

at 4:32pm
after traveling 4.4 miles
we arrived at Melanie and Alex's house in Salt Lake
They had burgers and barbequed corn on the cob, mmm barbequed corn 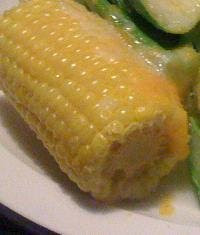 might be the best thing I've eaten in months! We sat around and talked on the porch, the weather was beautiful. I decided that this summer I was going to be 25 years old. My rational for this is: If romantic comedies have taught me anything, it's that if you want to find true love you must start out every relationship with a lie. So that the other party can find out, forgive, grow together with you, and then you live happily ever after... my lie was going to be that I am 25. I proclaimed this on the porch and it was well received by all patrons. My brother Josh had a good point though, since he is in fact my younger brother, my decision would be forcing him to be younger too, so we decided he is 24 this summer. We left at 6:31pm

at 6:40pm
after traveling 4.4 miles
we arrived home
I laid on the love sack and before I could close my eyes, fell asleep. I woke up at 8:24pm to my brother Josh asking me if I was going to Ward Prayer. I said yes, we left at 8:26pm

at 8:30pm
after traveling 0.4 miles
we arrived at Kristi and Steph's house in Salt Lake
It may seem silly to drive 0.4 miles but all of those mile fractions are up a really really steep hill. Some unappealing chocolate treat was being served at ward prayer, I don't really like chocolate - hence the term unappealing. Luckily there was some sweettarts available which I was able to consume while fraternizing. We left at 9:06pm

at 9:09pm
after traveling 0.4 miles
I arrived home
I dropped the roommates off at the house, and headed north for my weekly hang out with Cameron.

at 9:33pm
after traveling 23.5 miles
I arrived in Layton
Cameron and I talk on the phone for the entire drive out and back. This way, no matter how worthwhile the activity we do together is, we have some great conversation before and afterwards. Tonight we talked about a lot of things, Cameron told me about this pedophile that moved in behind him. I told him he should put it in his blog, and he did, here. I left Layton at 12:03am

at 12:39am
after traveling 23.6 miles
I arrived home
The conversation home consisted of Cameron prodding me about my interactions with members of the opposite sex, the future of our comic strip, and again trying to talk me into moving to Ogden.

I find it amazing that you can remember everything you did a month ago with such detail. I barely remember what I did a couple of days ago!

Okay, your love affair with David Beckham I can handle but if you dont take back what you said about Kobe... I think our friendship might be over. Seriously, I can't support a blog with terrible views like that.

I love the Jeckyll and Hyde pic of you and Kobe.

Good luck with the comic strip! I've looked at some of those and they're pretty good.

This was too long for me to even try to read. Sorry. Maybe I'll read it tomorrow at work.

By the way, the house across the street is for sale. You should seriously move to Ogden.

F&T meeting is rarely boring...especially considering the crazy Latin guy who showed up late at May F&T, bore his bizarre testimony (with a huge bag and large-print set of scriptures in tow), and then proceeded to leave the chapel immediately thereafterward. Forgot about that, didn't you?

This is such a great idea. What a cute picture of you, too bad half of it's missing. :)

How can you not support the Jazz??? Um, the state of Utah called and it wants you to get out.

A lot of people may hate me for saying this, but I can't stand Kobe Bryant. He's way too cocky.

Do you ever get tired of driving all of the time? I can't believe your gas bill! When Matt has to travel to the airport multiple times a week, it bothers me, because of all the driving and gas prices! Thanks for sharing your days with us. Its nice to hear about how other people spend their time!

These posts are awesome! Are we done, or is there another day? Shouldn't you end with filling up again?

Oh and don't listen to cameron the comment cheater/hog. Your posts are perfect.

I'm not reading your blog again until you call me back jerk.

I better comment so I can keep my status on "most comments on John's blog"! The pic of you and Kobe is pretty awesome- I'm impressed by your resemblance. You look more manly making the fist- he's kind of a sissy! So have I told you how much i love your dogs? Man I needed a movie vodka fix, oh and John